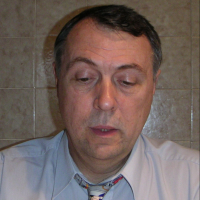 Old Scottish git (66 as of now), retired, loads of time on my hands (but I do manage to fill it - never bored).
Had many jobs in my time from being a Shipwright to being the IT director of a large insurance company.
IT skills mostly in networking, definitely NOT in programming.
Husband, Brother, Father & Grandfather.

Best posts made by mudcruzr

Latest posts made by mudcruzr