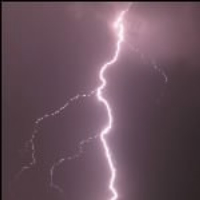 Been following 3D printer technology since 1996. Looked at buying Z-Corp hardware in 2004. Starting using the technology in 2016, from M3D. Upgraded the M3D Micro to a Plus 2017. Purchased a Wanhao i3 mini spring 2018. Now upgrading the PCB in the Wanhao from Melzi custom to Duet2Maestro from M3D. Also constructing a massive kit machine known as the FT-6 from Folgertech, and intend to use the Maestro interchangeably with the MKS v1.4 until I decide which is better, and to aid in setup as RepRap is real time config, Marlin is at Compile time.

I have always been a tinkerer and amateur inventor and have countless pages in the wind to be patented and probably never will, as I cannot afford to fight the corporations and trolls for my own work. I have some time into an Associates of Science Electrical Engineering Technology. Have been a manager of a computer repair, retail, ecycle, etc. Also previously a national onsite contractor, offering repair and installation services.

Best posts made by rflulling

Latest posts made by rflulling