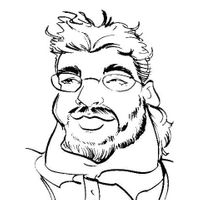 I am a core member of the RepRap team since 2009. Printing mostly ABS/HIPS and PETG but I do a lot of PP/HDPE too. I got into the 3D printing RepRap story trying to figure out how to cheaply build cases for my projects and bodies for my robots but got hooked to improving 3D printers themselves. The largest printer I ever made had build volume of 2x1x2 meters but when I was changing apartments that one had to be scrapped 'cause my planning was bad :( ... now I have a bunch of self-made ones and one E3D tool changer... For work, I solve problems (extreme cases of high availability and high reliability in computer systems, my clients are companies like Alcatel Lucent, Ericsson, Nokia Siemens, USA Navy, Facebook, Google...) so 3D printers are the way to relax and get in touch with stuff one can touch.

Best posts made by arhi

Latest posts made by arhi