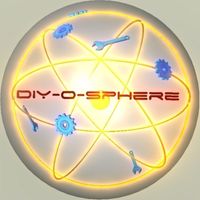 Hi,
my name is Frank. I'm in 3d printing "business" since end of 2017.
I have chosen the hard(est) way, starting by building a custom printer, without any print experience....
The biggest challenge was dividing between hardware and software issues.
But the pros were:
I really had any printing issues, I can imagine......and in the end I have managed to solve them by finding correlations and not by try and error.
That has taken 2 years....Now I'm on an advanced level.
My favourite printing material is ABS.

I'm technician with knowledge of mechanical design.
I like repairing and upcycling technical stuff, but my favour is designing new things.
With the ability of 3D printing the count of new projects is rising...maybe to fast...

I started with a Ramps, switched to a Duet Maestro after one year.
With upgrading to RRF3, I dived deeper into RRF and what the G-codes and files are good for...
Now, with some kind of knowledge I'm trying to support other users, also learning through their problems, day by day...

Best posts made by DIY-O-Sphere

Latest posts made by DIY-O-Sphere